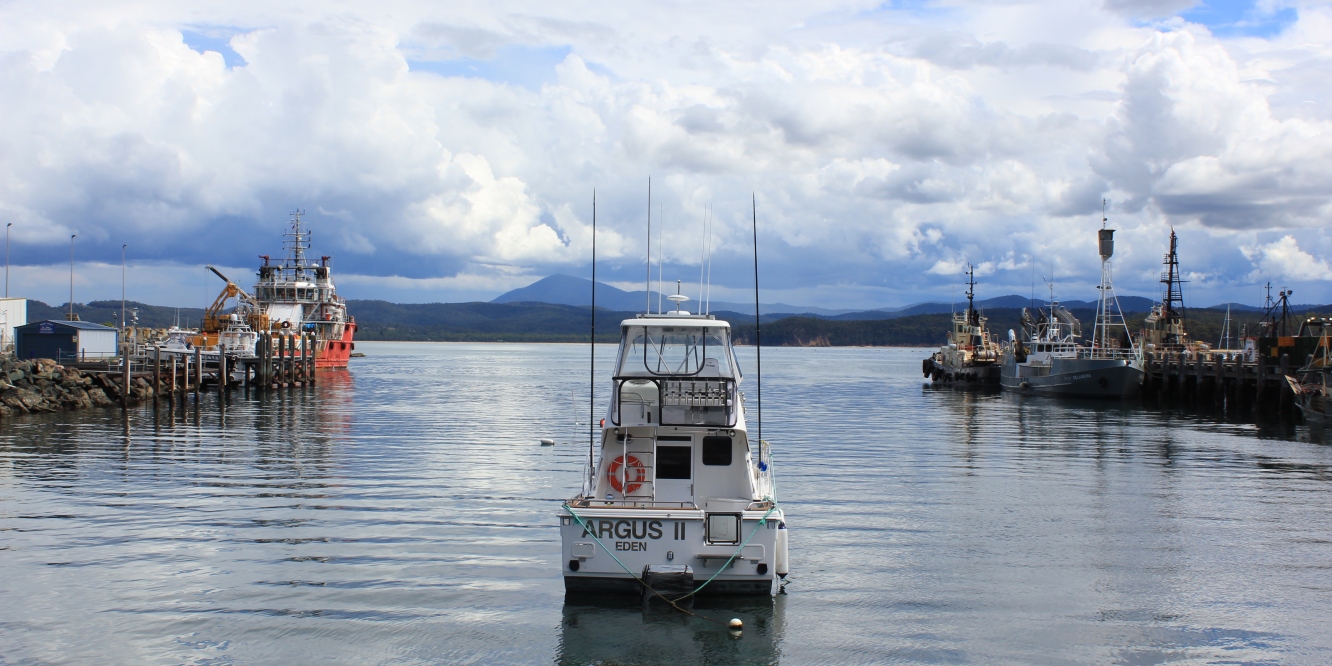 Traveling down the coast of New South Wales, Australia. We say goodbye to Batemans Bay and head south on the Pacific Highway. Stopped at Narooma at a nice playground for lunch break. Later on we climbed to the top of the hill to the lookout overlooking the beautiful bay. Interestingly, the road was quite narrow and it was a bit of a challenge to do a U-turn at the end of the road while towing the caravan. It seemed impossible, but an experienced nomad gave me a tip and his full support. He said “Mate, if you can get your car to u-turn, your van will follow, trust me”. So I did…

Further south, we crossed the historic town of Tilba, on the way to Bega, which is well known for its dairy products. We’re big consumers of their cheese, so we stopped at the Cheese Factory for some tasting, topped up with coffee and ice cream. We spent the night at the beach town Tathra, used their kitchen facilities to cook dinner, while the kids were playing around with a few boomer travelers who enjoyed their company.

The following morning we went for a morning stroll on the beach until the rain made us retreat back to the van. Then, moving on to the town with the glorious name of “Eden“. We were looking forward to get to Eden, obviously, to discover whether it is as mystic as its name applies. It is also the most southern point and our last stop in New South Wales, as we get closer to the border with the neighbouring state – Victoria. Apparently it’s raining in Eden, so we parked the caravan, and kept driving around until our youngest child fell asleep. Eventually we all retired back to the van for a rest, just by the lake, hoping the rain would retire as well.

The following day, a glimpse of sunshine as we marked 1000 KM on this trip so far. Ben Boyd National Park is located just nearby Eden, and offers magnificent views and intriguing history, with an ancient tower on the cliff edge, historic lighthouse and stunning views of Twofold Bay. Back in town the sun was out in full swing as we had lunch at the wharf and went for a walk nearby the many fishing boats. The views from the town are beautiful and remind us of the view from Sydney’s North Head. Apparently we were just lucky to catch a few hours of blue skies, as another storm swept by late afternoon. Thankfully, the kids were just as happy to watch a movie inside the caravan. For them, that is a taste of Paradise.